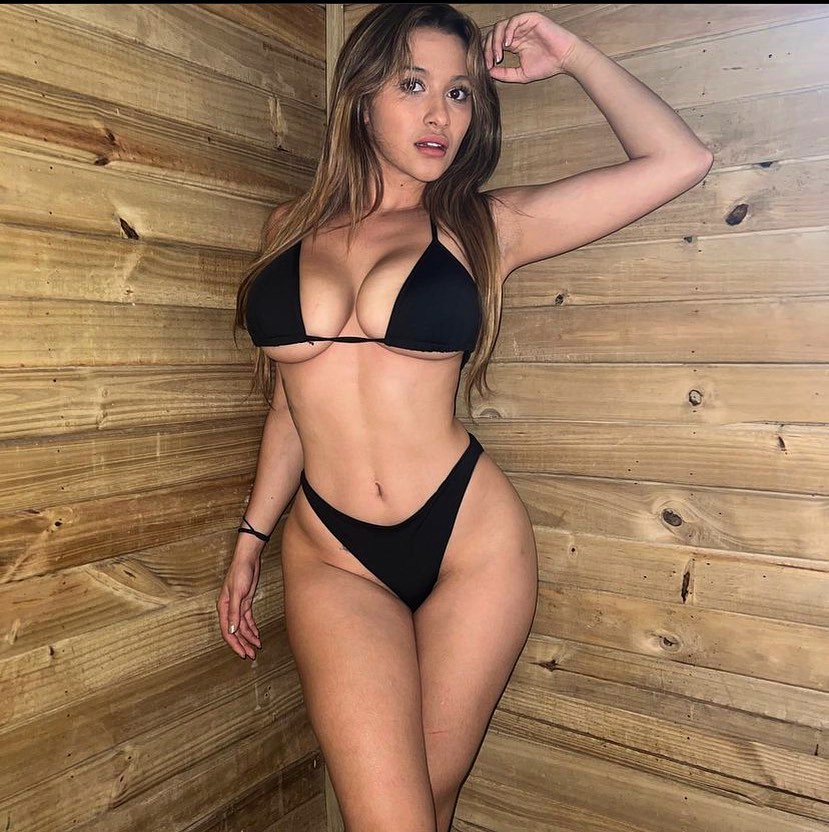 Jackie Love and her bouncing boobs are back at it again! This chesty TikTok superstar is known for her ample bosoms and all of the videos where she proudly makes them POP. She’s posted several new shares over the last few days, so we’re here to break them down for you!

Jackie Love Is ‘Dropping Her Weapons’!

It’s been a few weeks since we’ve seen a ‘drop your weapons’ video from Jackie. It’s one of her signature moves! But thankfully, she just dropped a new one and it already has over 120K likes! She’s seen in a hella low-cut dress pretending to sweep the floor. The classic audio begins: “Hey Mom, hands up. Drop your weapons!” Jackie grins and bats her eyes as she holds her hands up. She begins quickly bouncing her huge boobs up and down in true Jackie fashion. The comments stacked up quickly from fans:

“You are really the most beautiful on Tik Tok. I love you so much, my dear”

Up next we see Jackie’s cleavage first thing, as she leans into the camera. She has a tiny white crop top on with thin straps. As she leans away from the camera she reveals that she also has on a red, black, and white plaid skirt on, completely the school girl look. The glasses don’t hurt either…She gives us six quick bounces, and then turns to the side to pop her hips towards the camera.

Jackie Love Is A Runner!

Here we see Jackie talking 18 year old v-cards again! As the video plays you see the caption, “When you take a 18yo V card”, and hear the audio, “I’m not supposed to be here!” Our bosom buddy nervously looks around the room before grabbing her purse and running out of the room. This one has Baywatch Vibes. Jackie’s tight orange shorts remind us of Pamela Anderson’s legendary swimsuit, and well, her boobs remind us of Pam too, LOL! She almost seems to be in slow motion, jiggling up and down as she exits the frame.

OnlyFans’ Krystal Preiss On Her Knees In Bed Will Make You DROOL!

Last up we see Jackie back in the super sexy school girl outfit. Only this time, we also see the straps of her red thong sticking out of the sides and riding high! This video is in response to someone saying that Jackie “must have so many bodies”, meaning she must sleep with a lot of people. Jackie is quick with her response, mouthing the words “reduce your expectations down to zero” as the audio plays. The comment section is full of blue hat emojis, meaning her fans are calling bullsh*t.

Don’t forget to check out Jackie Love’s Exclusive OnlyFans Content! She uploads new content every day and will try to spice up your DMs as much as she can!