Fernanda Farhat Gives Fans An UP CLOSE Look At Her Thigh Gap Workout! 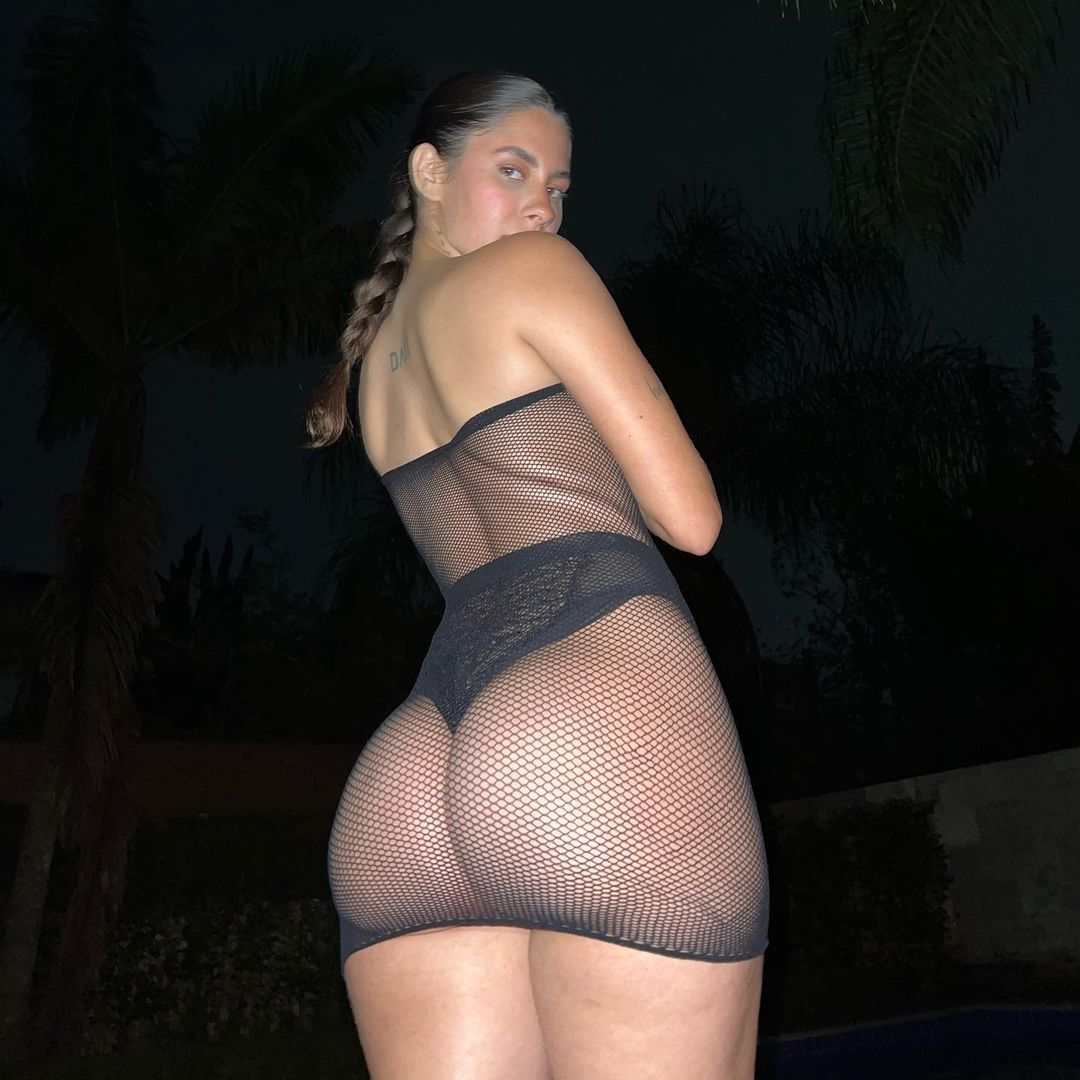 Here’s a badass booty influencer model you may not be familiar with.  She has nice small perky breasts, a delicious thigh gap, and that incredible super booty. Fernanda Mota Farhat is killing it with 6.9M followers and over 86M views!

Born on March 8, 1997 (age 25) in Brazil, Fernanda is becoming very well known for her videos in which she starts by facing the camera, and then waves off her front shot to quickly spin around to reveal her amazing booty.  Fans are screaming to follow her wherever she goes.  Featuring striking facial features and tall thin body, Fernanda is taking full advantage of what her genes have provided her in the downstairs area.  There’s a lot here to be seen and said, so we hope you love meeting Fernanda, and enjoy the view!

Here we see Fernanda in her most classic style of video.  Facing the camera in an extremely small lavender colored bikini, she quickly waves her fingers “no”, and spins around to reveal her thong which is riding up nice and tight in between her money-making sweet cheeks.  As she bounces her gloriousness up and down for the camera, viewers are left wishing the video was just a little bit longer.

Fernanda Farhat Gets Up Close With That Thigh Gap Booty Workout

While she might not have the most talked about posterior in the business, Fernanda has definitely made heads turn.  Whoever is in charge of the camera in this video has the right idea.  If there’s another row of treadmills behind her, we can almost guarantee there’s a line of people waiting to use it.  One fan comments, “Put a go pro and a live feed on that thing so we can watch it shake all day long.”  We at GBB totally agree!

In this video we see Fernanda tease us with her trademark back bottom shot as she starts to slowly pull her black hoodie down over her ample rear.  As she finally gets it covered up, she slowly turns to the camera, cracks a sweet smile, and then seems to remember what we are all her to see.  Then POW!  With a swipe of her hand, she’s instantly in a bikini, dropping those badass buttocks for all the fans to cheer for.

Supporting her team and heritage, Fernanda can be seen here watching the game wearing her Brazilian team’s jersey.  She shows off her silly side by starting to flap her arms and cluck like a chicken.  Eventually smiling a bit and then suddenly giving fans her seriously face as if to say “I know you aren’t here to see this”, she then spins 180 degrees to reveal she has on the perfect pair of tight grey booty shorts.  Showing off her amazing a** and thigh gap, Fernanda can feel the love from fans in this video with over 11M views!

Fernanda Farhat’s Shaking And Bouncing Is Fun For All Ages

This one is just plain old fashion fun.  Boasting over 32M views, this video of Fernanda is one of her most popular.  We won’t say much about what’s going on in the video.  We just hope you have as much fun viewing this as these two seem to be having while making it.  Want to see more sexy content from Fernanda?  Fans can view the naked side of Fernanda Mota Farhat on OnlyFans for a monthly subscription of around $15.00.