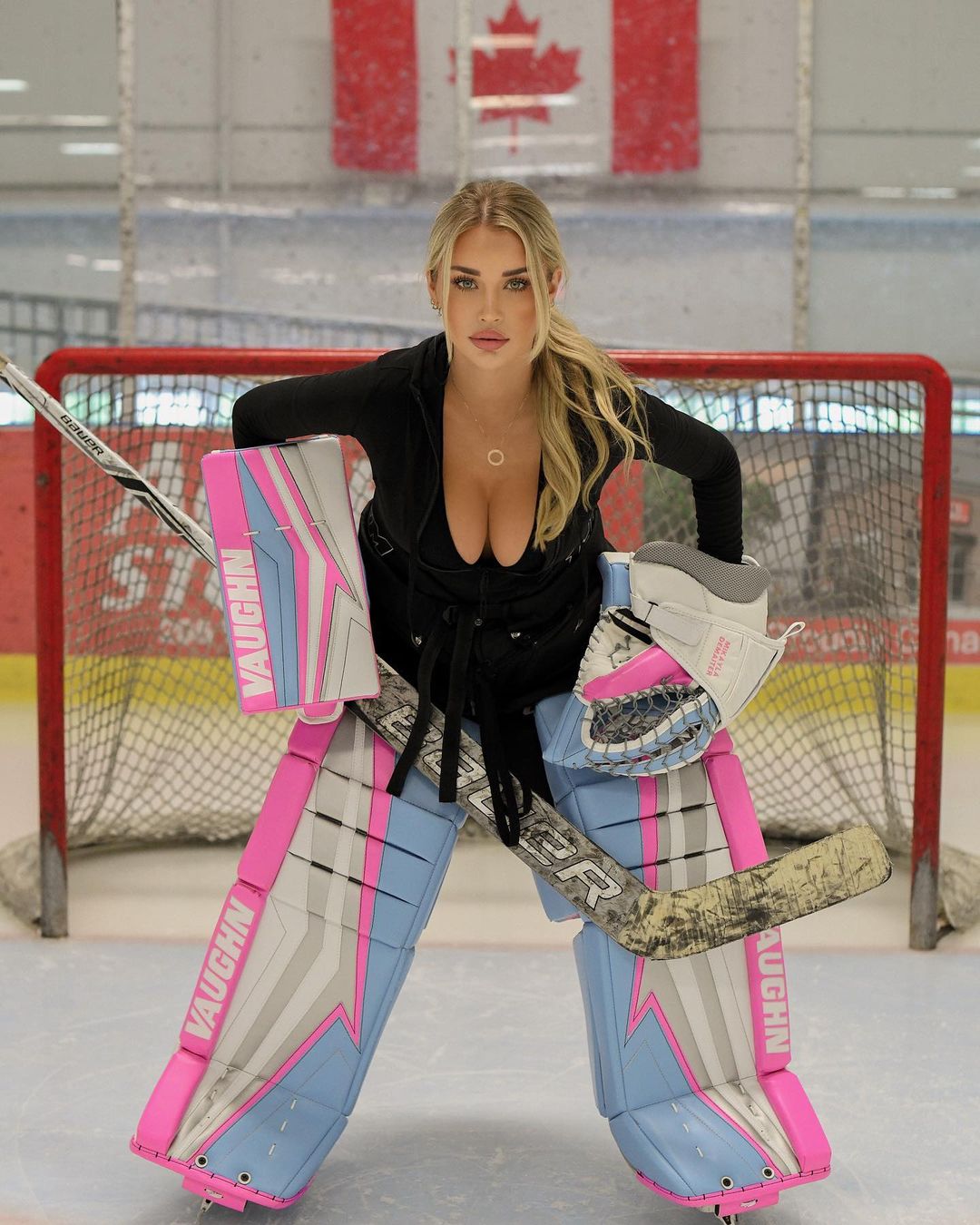 Two days ago the 22 year old Canadian model, Mikayla Demaiter, shared a new video on her Instagram that has fans drooling!

Mikayla Demaiter Is In Fact Hotter Than Lava

Mikayla captioned the post saying, “After seeing this video scientists are beginning to question if lava truly is the hottest thing on earth.”

“Not looking good for lava”

“I too am questioning”

“That is the greatest line of the year!!!”

“You won the internet today 🔥”

In the video Mikayla is seen seductively walking towards the camera through a parking garage. She’s rocking a skin tight, white bodysuit with thin spaghetti straps. “You Give Love A Bad Name” by Bon Jovi was her music choice for this post!

Mikayla does a quick hair adjustment before striking a pose and playfully smiling before walking off.

Ms. Demaiter Is The Queen Of Sassy Captions

Last week Mikayla gave us the gift of cleavage in a series of three smoking hot pictures. She nailed the captioned once again, as she usually does!

“My apologies, I didn’t mean to leave you at an absolute loss for words…”, she wrote.

Her dress is a stunning shade of brown and is hugging her perfect curves in every frame. It’s top is extremely low-cut, giving fans the best view. In the first shot, she has her hands on her hips in a very demanding pose. Her eyes are piercing.

In the second frame, Mikayla has her arms wrapped around her tiny waist just under her chest, giving her perky breasts an unneeded but welcomed boost.

She stares into the camera making fans speechless, and their comments are here to prove it!

“You’re right. I’m speechless. It must be all of the good vibes you’re transmitting from Miami, FLA.”

“No need to apologize, you always take my words away 😍”

“My mouth seems to have gone dry”

Mikayla was an ice hockey goalkeeper for the Bluewater Hawks in the Provincial Women’s Hockey League for a few years, but she hung up her gloves at age 19 to focus on modeling.

She gave a sweet farewell to the sport in a heartfelt post:

“It is time to say goodbye to ice hockey. It is time to turn the page and move to the next chapter of my life, for the first time you will not be my number one focus. I am excited about the future because everything you have taught me will allow me to succeed. There will still be early mornings, new adventures and new friends, and I hope that I embrace them with the same love and passion I did for you.”

These days she’s titillating the internet with her sexy social media shares! She can be found across multiple platforms, such as Instagram where she has 1.5M followers, as well as sites like OnlyFans and TikTok.

Mikayla is definitely someone to keep your eye on. We can’t wait to see what she shares next!