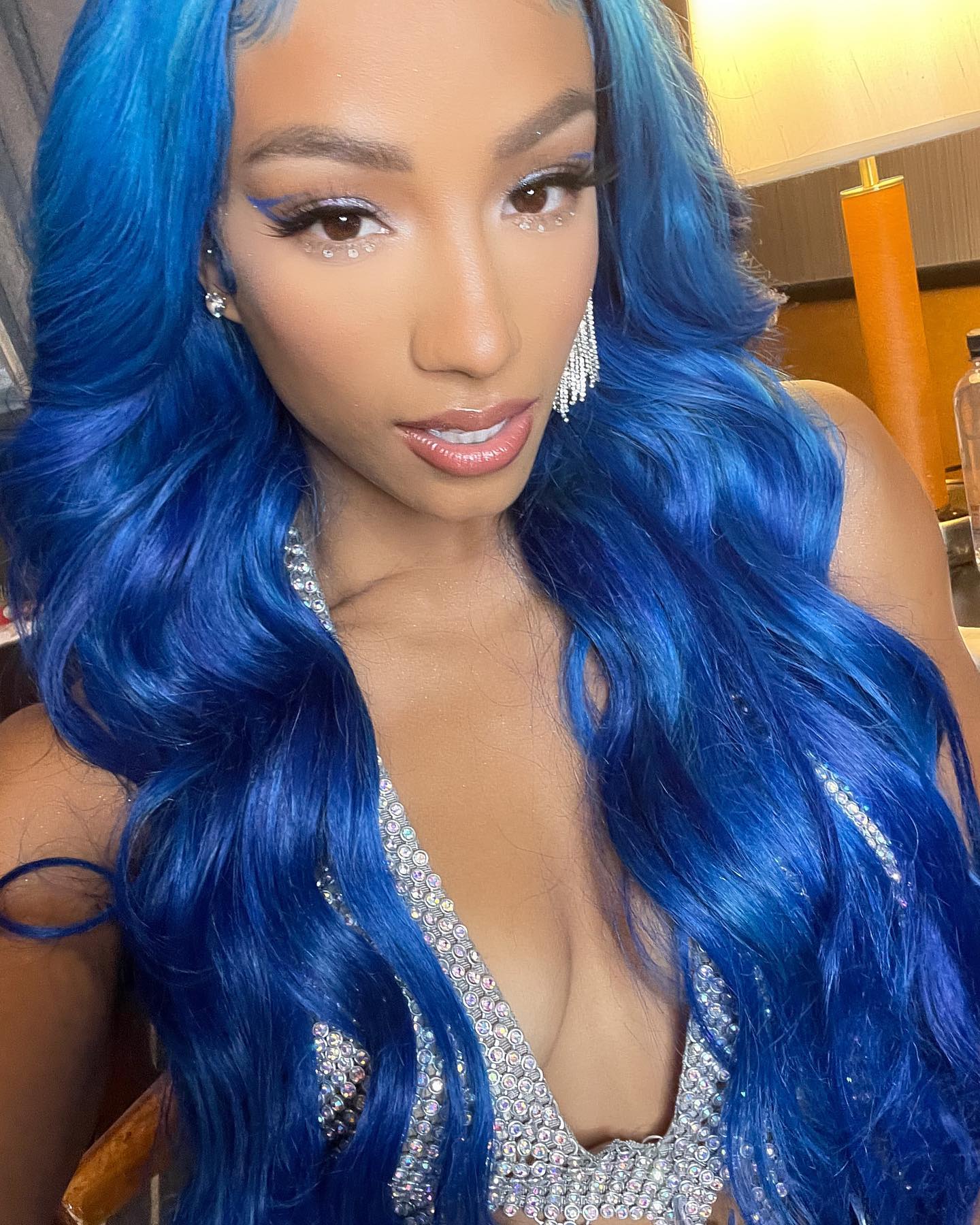 WWE star Sasha Banks has been turning heads while entering into the splits, and she did it in tiny booty shorts. The pro wrestler, 30, impressed her 5.4 million Instagram followers with a rare video display back on March 25, gaining over 190,000 likes for showcasing her flexibility and giving the gymnasts a run for their money.

Sasha was in a studio as she went barefoot and flaunted her rock-hard body in a hot red two-piece, but it wasn’t a ring outfit from the SmackDown face, who was working on her stretches with a trainer. The jaw-dropping footage that wouldn’t have gone amiss at The New York City Ballet, has gained the attention of WWE manager CJ Perry – check it out below.

Scroll for the video. It showed the Women’s Tag Team Champion in her tiny and high-waisted shots, plus a plunging matching bralette and cute bolero shrug. Definitely not about the style, this video brought out the fiesty star delivering a high leg split while standing – Sasha was seen balancing on one leg and with the other kicked right up to her face as she mastered the move with a little help from her trainer.

Rocking her signature blue locks, Banks stayed in the position long enough to give her limbs a massive stretch, then limbering up with a small bounce to finish. A caption read:

See More From Sasha Banks Below

Sasha has been busy on Instagram, this as she shouts out both her WWE career and one seeing her climb the celeb ranks. On March 14, the star shouted out her upcoming collab with Pretty Little Thing, sharing a video of herself in a white jacket and writing: “PLT x sashabankswwe thank you.” The affordable clothing label is known for its collabs with model Jordyn Woods and rapper Doja Cat.

Sasha Banks Doing It For The Girls

Speaking of her attitude, in general, and while opening to Complex, Sasha confirmed her career isn’t just about delighting male viewers.

“It’s making sure I show up for all of these women and women that haven’t been in the ring for how many-plus years and then a lot of brand-new women who haven’t been in a WWE ring,” she said, adding: “I’ve opened every single door in my lane, and I’ve opened so many doors in the WWE, and I can see that with my work, I can see that when I go to NXT.”

Mila Sobolov Kneels To Help A Fan With His “Tube Steak” Problem!